Grandparents – The Importance of a Legacy 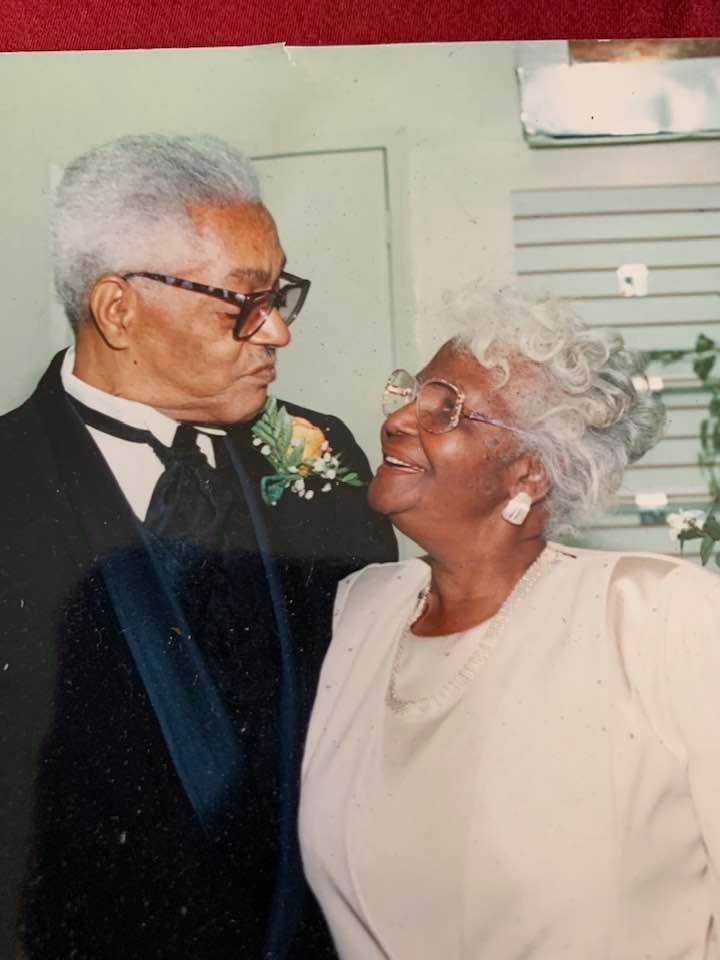 (From left to right) Odell and Anna Kennedy

For every event in my life since I was born up until their passing, my grandparents, Odell and Anna Kennedy, were always there. At every school play, graduation, dance show, and everything else in between, I knew I could count on looking out into the audience and seeing their faces next to my mother and sister, Chaya.

Chaya and I were raised by a phenomenal woman. Deborah L. Kennedy is the epitome of strength and I am so proud God chose us to be her daughters. I sometimes make a joke that God knew my father was going to be wack so he made sure my mom was the bomb.com. A woman like that could only come from awesome parents.

Grandma was born and raised in Florida and Grandpa, in Jamaica. What more could a kid ask for? I had the best of both worlds. I could have macaroni and cheese one day and pepper steak the next. I was the first born and only grandchild in the family for two years until Chaya was born. I stayed with Grandma and Grandpa when my mother went to the hospital to give birth and came back with Chaya.

Grandma and Grandpa had five children: Richard, Deborah, Jackie, Bryan and Patricia. They raised them in Brownsville, Brooklyn until we bought a family home in Queens when I graduated high school. I spent the most time with Uncle Richard and Aunt Pat. Grandpa and Uncle Richard were like surrogate fathers since mine was not around. When we had to make Father’s Day gifts at school, I usually made it for one of them. Uncle Richard was the keynote speaker at my elementary school graduation. I guess that’s one of the perks of having a doctor in the family.

Aunt Pat and I are only 10 years apart in age so we spent a lot of time with her. She took us places so it was nice having an aunt who was young and hip. When Aunt Pat was in college, my grandparents would drive with Chaya and I in tow to Syracuse every October for family weekend. It was always the weekend of my birthday so she and her college friends would always buy me a cake and sing Happy Birthday to me.

I remember Chaya and I going to work with Grandma on numerous occasions. There was so much land behind the building that Chaya and I would take a radio outside and make up dances while Grandma was working. Our family vacations included Grandma. She was the traveler, the explorer, the adventurer. Grandpa was laid back — he was fine staying home, only coming out for big functions like birthday parties and weddings. When I was old enough to start cooking and my mother wasn’t home, she left strict instructions. I had to call Grandpa when we turned on the stove or oven and then call him back when I was finished to tell him that I turned everything off. If I went out at the same time my mother wasn’t going to be at home, I had to call Grandpa when I got to where I was going and when I got home. You see, this was before cell phones and that was the way my mother wanted to make sure her daughters were safe. Grandpa was usually home so he was the person to call if we needed anything.

I spent so much time at my grandparents’ house. I remember when I was in high school, I had to travel from Brooklyn to Manhattan on the train to get to school. Some days I would tell my mother that I was going to Grandma and Grandpa’s after school and stay a few days, traveling to and from school from their house. I shared a room with Chaya at our apartment and Grandma and Grandpa had four bedrooms. It was usually just them unless Aunt Pat was home from college so I got to go and have my own room and some alone time. I used to love that. When Chaya started traveling and we would be getting on each other’s nerves, we would alternate time at Grandma and Grandpa’s to give each other some space.

Grandma was loved by everyone. To know her was to love her. She was short in stature but her personality filled the room. My mother has that same thing and she passed it on to Chaya and me. We are blessed to have that “Anna” gene. She walked faster than everyone in the family and worked full time up until she was almost 80 years old. She was strength personified and I am grateful that I got to be her first grandchild, the one who had her the longest.

When Grandma was nine years old, her family would wait for her to come home from school to make her famous potato salad. No one makes potato salad like my grandmother. I remember when she passed on the recipe to me, I was so happy. I was not going to let her down. I make it now when I’m missing her and on holidays because that’s when I think of her the most. If it’s a potluck at work, I’m making the potato salad because I know it’ll be a hit and I’m not trusting anyone else to make it.

Holidays were also a collaborative thing. Grandma wasn’t the only one in the kitchen. She usually had to leave to go to work around 2:00 in the afternoon so our time spent together was all cooking in the kitchen. Everyone had something to do and that is what I will remember the most — all of us preparing food together, laughing and talking in the kitchen as we prepped. That is what holidays are to me. It was more than just sitting down at a table eating food. It was spending time working together as a family.

I think about how so much of my grandmother is in me. Her food always had to be piping hot and I am the exact same way. I could pick up food and it only takes five minutes to get home but best believe, I’m warming up my food before I sit down to eat. I also love hot dogs with mustard and onions with pineapple juice to drink. There is a hot dog place on Fulton Street Downtown Brooklyn that has been there since I think before I was born. When I would go shopping with my grandmother, we would always stop there to get a hot dog and pineapple juice. On days when I’m thinking about her, I stop there and get my usual, to celebrate her.

Grandparents are such an integral part of the family. They spoil you, love you and teach you things. I realize how blessed I am to have had two loving grandparents who did all those things and so much more. They were present and an integral part of my growth. I miss their presence at every major life event, holiday and family function. They supported me and I am grateful that I was able to have them for as long as I did.

Writing Alizah’s Story has made me miss them like never before. I think I cried every other day when I was writing because I would think of them, wishing that they were here and hoping that they are both looking down on me, proud of the woman I have become.

Shoshanah aka “The Great One”